A famous philosopher once said ‘life is like a box of chocolates’. Ergo, so must be music, (for many) an integral part of life…. on first impressions it can seem soft, hard, sweet, tart, chewy, or can melt like just like liquid in your ears. It also contains a (dangerously?) high proportion of nuts. However, it also leaves an impression, an aftertaste, that with the best also leads to craving more… Looking back on the selection of treats on offer in 2011, here are some of my personal highlights – my artists of the year, who induced in me those ‘I like it I like it I like it !’ goosebumps with their art… and, left me wanting, yes, more…

Fatoumata Diawara, music as beautiful, addictive, hypnotic and mysterious as any I have heard 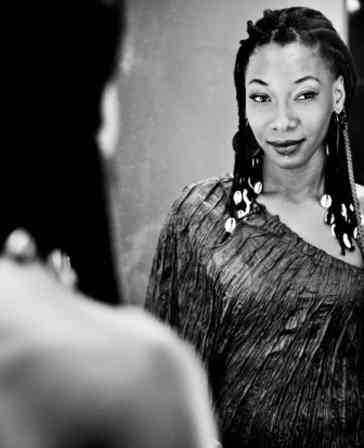 Gillian Welch, as unique and timeless as ever

Wilco, storming back on their new label with what may well prove to be their definitive album

Mountain Man, sounding as old as the hills themselves, this female trio sent many a chill through my psyche with their otherworldy harmonies

Tom Waits, still ornery as hell and as slippery and gifted as ‘ol Springheel Jack himself, ornate crazy blues with fellow old jackal Keith Richards along for the ride

Jonathan Wilson, long hair/Topanga Canyon/Bob Harris/Jackson Browne/David Crosby are just some of the touchstones in his work, but the end result is uniquely his

Other highlights and Honorable Mentions go to Edwyn Collins, continuing to astound in his recovery, with an amazing work rate not just as a writer/performer whose work is getting even better with each release, but also now as label boss (and often production chair)of the very wonderful AED Records, and indeed the AED singles and albums, particularly Linden & Rotifer, to Thomas Dolby (I rediscovered the chillingly beauteous ‘Airwaves’), Richmond Fontaine’s ‘High Country’, The Civil Wars, The Click Five live at Mith Samlanh , Colorama, and for rebooting my powerpop years the Japanese reissues on 1977 Records of my old band’s Radio City single and album-that-never-was, Sigur Ros with the atmospheric end of era ‘Inni’, the righteous racket that was the Jim Jones Revue, Rolling Stones live stuff from the early 70’s (Brussels Affair) and the ‘Some Girls’ reissue, Kurt Vile & co-conspirators the War on Drugs…

… and of course, there’s more, much more, where those came from…